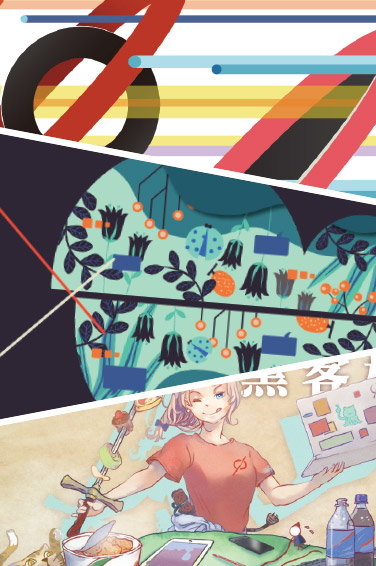 Founded in Taiwan, "g0v" (gov-zero) is a decentralised civic tech community with information transparency, open results and open cooperation as its core values. g0v engages in public affairs by drawing from the grassroot power of the community. Learn More

g0v is an open community which provides an oppurtunity for all participants to join in the conversation on its social media posts. Becuase of this, g0v has established certain governance mechanisms. All posts are first checked by members of the community who have admin privileges. To learn more, please read the g0v SNS community governance document.

g0v is a grassroots level social movement community dedicated to deepening the civic engagements and connections between social arena and citizen. You can find like-minded partners in the g0v community, achieve your ideas in a grassroots manner, then release the results under an opensource license, thus more people can stand on your shoudlers.

g0v replaces "o" in gov with "0", which reimagines the role of government from scratch zero and reflects the vision from 0 to 1 of the digital natives.

g0v.tw primarily operates online with a large hackathon occurring once every two months. Participants propose different projects and call for volunteers. Oftentimes, in addition to meeting at the hackathons, projects will split off, holding their own smaller meetups and hackathons independent of the larger g0v events. This operating mode encourages bottom-up ideation, fostering activism over slacktivism.

(Note: Hackathon is a portmanteau of "hacker" and "marathon", a large-scale event that takes place over the course of one to two days. Volunteers form groups, work and report their progress. Many projects will meet before the event and form a plan for the day, to make sure they can get as much done as possible in the limited time available.)

Members of g0v are both online and offline and come from all fields. The only requirement is that you believe in the principal of open-source collaboration, you don’t need to be a software engineer. In the early days, most members of g0v were software engineers, but now over 60% of participants are not from a tehcnical background.

Is it a problem if I can’t write code? Not at all!

Originally drafted by ipa, the g0v manifesto, after many rounds of community deliberation and discussion, now clearly represents and define the g0v spirit, the logic of open-source collaboration. It is a kind of "constitution" for the g0v community. If you want to learn more, you can view the g0v Manifesto page.

The Many Sides of g0v

It is impossible to explain the many sides of g0v in a few sentences. So to learn more about g0v, please watch the keynote speach Kirby gave at OSDC in 2013 on "g0v hackathon - code to refactor society."

Since the first g0v hackathon in late 2012, g0v has hosted 4 international summits, 4 civic tech grants, over 40 hackathons, over 40 speeches, been involved in over 150 media reports and there are now over 8,000 participants from all over the world, all projects use an opern-source lisence. Visit g0v Dashboard for more information, or visit Awesome g0v projects by John Huang.

After over 40 hackathons, there have been many projects which have come about. All projects use open-source code and open-source licenses that are open to all. Below are an introduction to some of the projects.

We need a way to organize many dynamic documents before and during hackathon.
Thus, we build this small single-page static web application that reads a list of url from an EtherCalc document, rendering it in a way similar to a google docs folder. If the document supports read-only mode, we use that by default when it is opened by the user, and provide an additional edit link.
Hackfoldr is a collaborative writing platform which makes online note-take much easier. There are already many projects which have used hackfoldr, including the New Taipei water park fire incident, Kaohsiung gas explosions, Hong Kong umbrella movement, and Taiwanese sunflower student movement. It is also the most common digital tools used at g0v hackathons.

A LINE chat bot to help separate misinformation from fact.

By adding the Cofacts LINE bot as a friend, you can forward any suspected hoaxes to the chat bot to get a quick fact check.

A Search for Lost Taiwanese Treasures

For the past hundred years, many countries – including Britain and the United States – have collected information about Taiwan in their national archives. We encouraged volunteers to enter these public archives and scan them, making them an accessible part of the public discourse in Taiwan.

The improved version of the Ministry of Education (MoE) dictionary will include side-by-side translation of English, French, German, and Hokkien, the stroke-order and pronounciation of characters, as well as versions fit for iOS, Android and Desktop built on open-source collaboration. The Amis language dictionary and other fork-project are still frequently hosting small hackathons.

All project proposals at g0v hackathons are shared through livestream and accessible through the g0v YouTube channel. If you are interested in g0v hackathons, you can acess the media records at g0v Flickr.

How to get involved?

The Bimontlhy g0v Hackathon is our long-running event. Here, you can meet participants of all walks of life. At hackathons, they hack away on their projects before presenting their progress at the end of the day.

The most important thing is, you can participate even if you don't write code! You can find out more details on our Jothon website

Each community hackathon has a different feel. Often, these events will explain what kind of people are best suited to participate in the information for the event. You can find this information by visitng the g0v facebook group or g0v slack.

Please be kind and abide by our code of conduct when participating in our online and physical spaces.

In the spirit of our grassroots movement, there are many ways to participate. Here are some additional examples:

Support the hackathon by donation

g0v's bimonlthy hackathons are most run by volunteers. The venue, food and all money required to run the event are all raised by community members. You can also support us through online donation.

The g0v Jothon Organizing Group stewards the civic hacker community by funding relevant projects. Anyone with a relevant civic hacker project can apply with a proposal.

Currently, g0v hackathons only take place in Taiwan, but civic hackers in other countries are beginning to take notice. Does your country have a g0v movement? Why not consider starting a g0v hackathon where you are?

If you want to participate in g0v, but are unsure how, check out our Newcomers Guide!